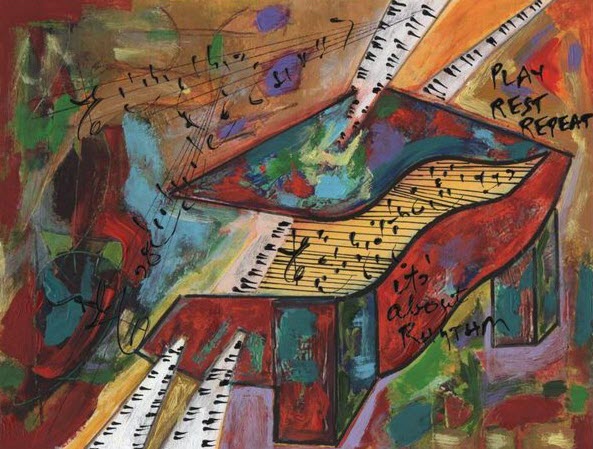 I saw the Pittsburgh Symphony at UNC-Chapel Hill last year. The concert opened with some grant-swathed contemporary piece. It sounded like feeble Mingus. It dawned on me as my mind absently drifted from the stage that classical music didn’t exactly die during the mid-20th century but migrated into the heads of people like Thelonious Monk, Bill Evans, and Charles Mingus, there rediscovering its old improvisatory habits and shedding its academic paunch. The connection between Satie and Evans is not tenuous, nor the connection between, say, Stravinsky and Mingus. I felt a welling affirmative notion that music is never more or less, merely lost for a second until its new form is identified and absorbed.

On Halloween night, 1962, Monk recorded the classic Monk’s Dream. If Coltrane was jazz’s arch-modernist—priest of the highest technique, of the questing soul, of the tortured century, of the burden of dreams generally—Monk was its first postmodernist, deconstructive, playful, allusive, naïve, elusively satirical. A Monk-Jasper Johns parallelism is plausible but not quite right. Monk was a lunatic committed to his own sense of order; Johns an intellectual deliberately undercutting the prevailing order. Wynton Marsalis calls Monk the “most logical musician,” which makes perfect sense with the caveat that the logic was his own. What’s so hard to understand is that Monk is at once deconstructive and entirely sincere. He believes in his process of deconstruction not as critique but as affirmative expression. He is postmodern without being ironic.

For Charlie Rouse on tenor, Monk’s Dream is the career highlight. He understands perfectly the need to transpose into the key of slightly off-kilter and play your heart out in that key as if to reconnect with something not off-kilter. Monk’s strange but perfect solo begins at about 4:00.

Lovely footage of the limpid Bill Evans playing his most famous tune, “Waltz for Debby”:

And my favorite Evans tune—”My Foolish Heart”—with its gorgeous melody and feel of suspended gravity:

Evan’s “Peace Piece” is his version of Satie’s “Gymnopédie No.1”:

The original Satie Gymnopedie No. 1:

Here’s a massive dose of Mingus during his 1964 European tour. This music closely tracks the music of Mingus’ album The Great Concert—same tour, different performances, if I’m not mistaken. Mingus’ band, featuring the piratic Eric Dolphy, launches itself against everything that occupies the musical equivalent of the shipping lanes. This is almost too much of a good thing; music this dense and inventive can be exhausting. I’m not sure in what mood one would listen to the entire thing, but who knows? I have a friend who read all of Gravity’s Rainbow in a three-day pseudo-psychotic sitting. Whatever one’s attention span, this is precious footage of jazz at its most confidently out there. This is the true fusion—not the futile fusion of jazz and rock (i.e., jazz performed with demeaned nuance and tone color) but the fusion of jazz and modern classical music—the convergence of the two great acoustic streams of idea—always with an underlying hint of New Orleans and the blues. One particularly feels this at, say, 22:40, when the band entirely slips its genre moorings.