The Lost World of the Record Store 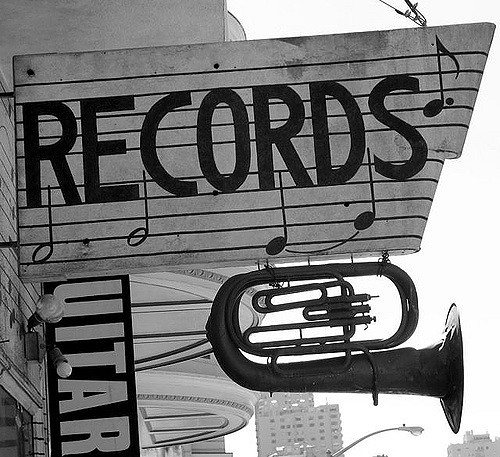 I am a free-market capitalist by inclination, and yet I have to agree with Toller that something has gone wrong when Wal-Mart sells 20% of all albums and those albums are largely the work of corporate mannequins like Lady Gaga and Justin Bieber. My mid-sized Southern college town has one remaining used record store and one remaining used book store. Our last independent video store closed years ago, and our Borders—which drove out our independent book and record stores—got a dose of its own medicine and closed in 2011 amid a blaze of luridly florescent signage of the kind you associate with used car lots.

I’ll have to explain to my young daughter how like-minded people used to gather—in the flesh—to mingle, swap notions, and listen to whatever was on the turntable. I will have to recreate nothing less than the lost world of my youth and tell how I roamed the second-hand record stores of Boston and Cambridge, spending hours in grungy mouse-holes like Mystery Train (named in honor of the Elvis tune), and how I timidly put my fourteen-year-old inquiries to the superior wisdom of shaggy twenty-four year olds who had heard everything and evolved a real critical acumen. Between 1988 and 1996, I spent many procrastinating late afternoons at Cutler’s in New Haven (which closed in 2012 after sixty-four years in business). I once asked the sagacious manager about Moby Grape’s first album, about which I’d read in The Rolling Stone Record Guide (before it became the “album guide”). He said that the record was out of print but that he had a copy (needless to say) and that he’d make me a tape. My tape was waiting for me the next day. You don’t get that degree or any degree of giving a damn at Wal-Mart. I will have to convey to my daughter what an elegant physical object the long-playing vinyl record was: how heavy as it balanced on the fingertips, how mysteriously engraved, hypnotic in its rotation, poignantly delicate and prone to time’s different kind of engraving.

Explain also how eye-catching and sometimes beautiful album art was and how much the art mattered. Certain album covers were indelible objects of fascination. Blue Note’s myriad masterpieces of cover design seemed to inscribe a whole worldview of avant-gardism and cool, a kind of visual code for high modernism in its African-American dimension. On more sober and mature reflection, I realize that Blue Note created one of the supreme caches of modern American graphic design. I adored the Warhol banana on the first Velvet Underground album (1967) and the Mapplethorpe portrait on Patti Smith’s Horses (1976). It’s reasonable to surmise that album art, like comic books, filled a gaping visual void in middle-class American life and inspired countless young people to begin to think about the world in visual terms. 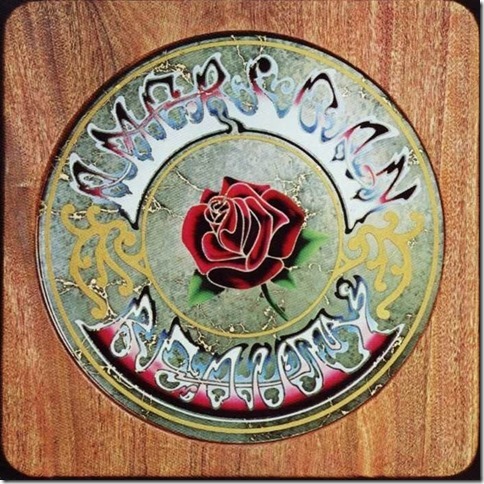 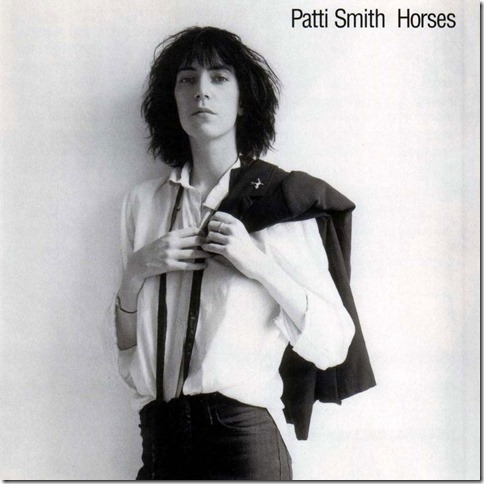 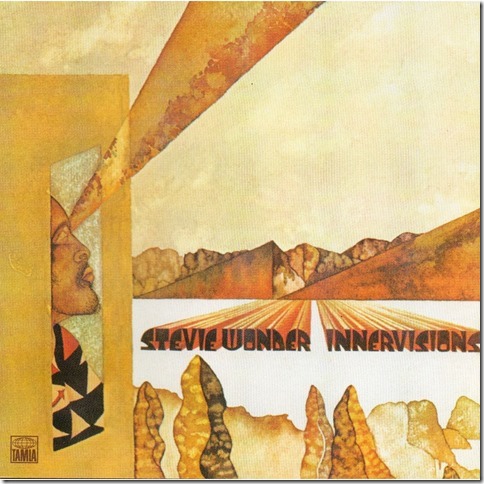 I will also have to explain that technology is not necessarily progressive and that the long-playing record actually sounded better. I will have to explain, finally, that each record somehow told the story of its own history. In I Need That Record, Lenny Kaye, Patti Smith’s guitarist, elegizes the LP as an artifact in this sense:

I’m a fan of the download. I like to hit enter and have the song appear on my iTunes within seconds, but there’s something about holding the artifact, about feeling it in your hand. It reveals a lot about the moment in time that the record was made. An abstract song could come from anywhere, but if you see something in a twelve-inch vinyl LP, with the cover art, or you hear the scratch in the 78, you get a sense of time and place that is, for me, irreplaceable.

When my daughter asks what happened to record companies and record stores and to the records themselves, I will have to answer honestly, “I’m not really sure.” Communism is a potential analogy in its decades of self-imposed misery, the illogic of which was demonstrated by the almost instantaneous evaporation and repudiation of the offending system. Does capitalism have phases of communistic heartlessness and aimlessness and self-destruction? Perhaps we too will eventually exclaim, “Good lord, what are we doing to ourselves,” and our equivalent of the Berlin Wall will suddenly become a pile of rubble.

Fred Goodman’s classic The Mansion on the Hill: Dylan, Young, Geffen, Springsteen, and the Head-on Collision of Rock and Commerce (1998) is a good place to begin an inquiry into what has gone wrong. I Need That Record updates the story.

Digital media have partially loosened the bottleneck created by the record companies, but on-line existence is comparatively sterile and un-educational in the broadest life sense. It’s great to watch, say, Wanda Jackson or Hound Dog Taylor on YouTube, but you remain at your desk, not having had to foray into the world of sights and sounds and chance encounters. And, in any case, where are today’s Wanda Jacksons? Where are the A&R men and independent record store owners working on behalf of the next Wanda Jackson, not because they want a spread in the Hamptons, but because they instinctively want to live in a world that’s a little more spirited?

It takes a real talent to tell a story in so few words. What was…

Inspirational piece. Am glad you picked the rat to be the protagonist in your story,…

Such a sweet tale - and with a good moral to the story. I thought…

Wow! This is a good story! Really good to read to little kids, the moral…

Hi Katy, it really does add an extra dimension to hear your story read aloud…

In my neighboring country Denmark, we have the classical storyteller Hans-Christian Andersen. Your sweet story…

A really nice one with a wonderful story line. I can see why this was…

A beautiful story! I was reminded of seeing Paul Potts and Susan Boyle on Britain's…

Your story inspired me to keep going no matter how discouraging it gets. At times…

Thank you so much for the feedback! I pray that the young readers will be…

Thank you for taking the time to comment and convey your thoughts on the story.…

Hi Katy, don't we all feel like the rat in your story at times! We…

I must admit it was the picture of the church, with its grave yard, under…

A very powerful story, Daniel. Your writing makes it easy to feel the reality of…

Oh my gosh, Daniel. Your story really defines the word superb. You make me experience…

A horrendous situation, more so because so many people find themselves going through it. A…

What an extremely powerful story Daniel, really well written and with an ending that had…

Daniel, this story is one of the best flash fiction stories I've ever read. You…

I think Carrie has said it all. We rest our collective case. ﻿ ? ﻿

"Mummy! Timmy bit me!" cried George. His mother frowned up at the worker bringing him ...
37

The Setagaya gardens are a little further out of town. Rather close to where my ...

That’s what I thought too, Lotchie. So that makes us three, since also the Viking…

When I was writing the first part, there was no plan for a continuation. It…

Grandpa Had a Toolbox

I love the way you have described this family and its terrible fate, Melissa. With…

Anger is a natural human reaction to abuse that we all experience sometimes. But to…

Oh no! I was tricked. I thought it was a happy ending for the Moorish…

1. The Viking That Fell in Love

Hello, Christer. I love the idea of how a robber and a killer choose to…

I was emotional by your story, Linda. And your comparison of the blue eyes to…

To My Son Benji

If the Skylight by Allan makes me smile, this one makes my tears shedding. Such…

Hello, Allan. You make me smile in your end note. The innocent reaction of the…

Margarida, your story is intriguing. I am now wondering what will be future of that…

You are welcome, Emily.

How do you tell her? You don't; you do exactly as this loving mother did.…

To me this is a great example of showing, not telling, Margarida. I really wanted…

I can recommend the books, Carrie. I read them way back in high school (a…

Such a touching story, Carrie. Down here in Australia, I know nothing about Culloden so…

Oh no! What a turn around from part one! Dare I hope for a part…

Such a touching story in such few words Linda. Beautiful!

Thank you, Linda for your bitter sweet short story. Your last line of comparing tears…

During our scheduled maintenance
Voice.club will be inaccessible